Introduction of the second generation Seiho 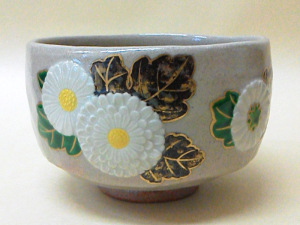 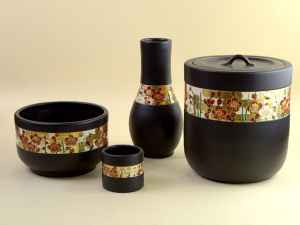 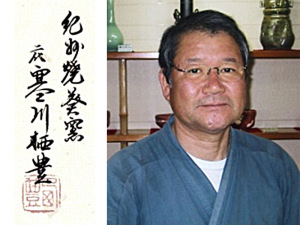 Seiho’s son, also called Seiho, has dedicated his life to pottery art since he was 19 years old. He has sought to continue the work of developing and perfecting Kishu ware and Nachiguro-Yu which his father had revived a generation earlier. He has been seeking to create unique works of art whilst keeping true to Japanese tradition.

(Life of the second Seiho)

Introduction of the first Seiho 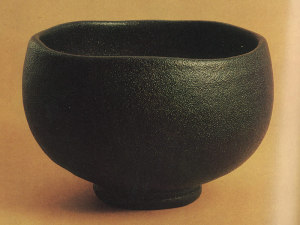 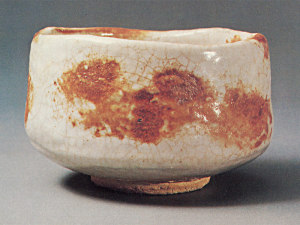 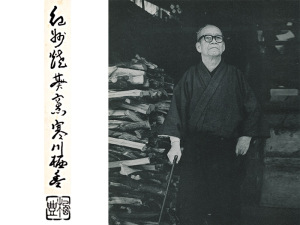 Seiho studied pottery techniques under Mr. Sozan Sawada, a well-known potter. In 1932, he opened his first pottery atelier at Koyaguchi-Odawara in Wakayama Prefecture after working for 5 years as a chief manager at Aichi Prefectural Institute of Ceramic Industry.
Mr. Yorisada Tokugawa, the former lord of the Kishu Domain, was very concerned about the demise of Kishu pottery following the end of the Domain System and was looking for a person who would be able to revive it. Mr. Tokugawa met Seiho, found his works outstanding and asked him to revive the Kishu pottery tradition. Seiho was deeply touched by Mr. Tokugawa’s enthusiasm and determined to dedicate his life to this project. He was given the name for his pottery atelier, Aoi-Gama, by Mr. Tokugawa. (Aoi, a hollyhock, is the family crest of the Tokugawas.)
While struggling in the chaos and poverty after World War II, Seiho strove to research different types of glaze and finally succeeded in producing the new glaze, Nachiguro-Yu, in 1956. In 1962 he presented a tea bowl for serving powdered green tea to Their Majesties the Emperor and Empress Showa when they made a visit to Nanki Shirahama. In 1970, he was accredited as a Person of Cultural Merit by the Japanese Agency for Cultural Affairs. In 1975, in the year he died, he received the Order of the Sacred Treasure, Gold and Silver Rays.

(Life of the first Seiho)

1899
Born in Osaka, moved to Kyoto
1919
Became Mr. Sozan Sawada‘s pupil and started his career
1927
Became a chief manager at Aichi Prefectural Institute of Ceramic Industry on Mr. Sawada’s recommendation
1932
Opened his first pottery atelier at Koyaguchi-Odawara in Wakayama Prefecture
1937
Given the name for his pottery atelier, Aoi-Gama, by Mr. Yorisada Tokugawa
1956
First produce a new glaze, Nachiguro-Yu
1962
Presented a bowl to Their Majesties the Emperor and Empress Showa
1967
Moved his pottery atelier to Katada, Shirahama Town
1970
Was Accredited as a Person of Cultural Merit by the Japanese Agency for Cultural Affairs
1972
Held his sole-exhibition at Nihonbashi Mitsukoshi
Was commended for the advancement of culture by Wakayama Prefecture
Was accredited as the first Intangible cultural property by Shirahama Town
1973
Held his sole-exhibition at Mitsukoshi in Tokyo, Matsuyama and Osaka
1975
Received the Order of the Sacred Treasure, Gold and Silver Rays, passed away